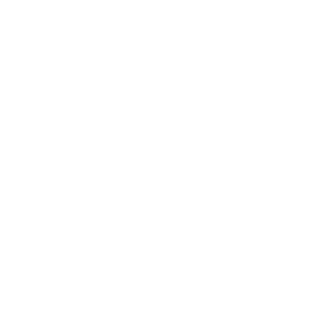 It’s that time of year again! Put on your costumes, unwrap that bag of candy corn and listen to some of the scariest, spookiest, bone chilling tales! At Accurate Home Inspection, we have been saving up our scary stories all year – scary home inspections, that is!

You know that it’s important to have your home inspected before you buy or even periodically to check that there aren’t hidden issues that could become serious problems. More often than not, inspections go pretty well, but there are some inspections, however, where we have stumbled upon some incredibly frightening things that will satisfy those looking for a good Halloween scare!

This first tale will teach you to never take the roof over your head for granted. During one inspection, we found that a home with a leaky roof had a very shoddy “solution.” There was a tarp wrapped around the entire roof! A basic rule of roofing is to never use a tarp (as you might guess). The homeowners did not know this, but the roofing company they had hired should have known better. This did not prevent the roofing company from charging them a fee to wrap the roof in a large tarp. This tale sounds funny at first, but then you find out that these homeowners paid for such a poor solution! Aaah!

Ceiling of the Dead

Dead mice have been found in ceilings! This is a spot where homeowners don’t regularly check, so if there is dead animal up there, you won’t know until the odor becomes a major problem. We have also found living mice, squirrels and other rodents in any nook you can think of that would exist in a house. These rodents can carry diseases and be very dangerous to your family and your health, not to mention cause a downright ghastly smell.

We’ve also seen some scary misunderstandings when it comes to tape. In one home we inspected, the basement housed several ducts – not uncommon at all. What was strange, however, was that they had been sealed at the joints of each section with duck tape, not duct tape. There’s a serious difference between the two – much more than just a K or a T. Duck tape is a versatile option in many applications, but is not heat resistant and can even become flammable in the right circumstances. Duct tape, however, is designed for this exact purpose, and is what should have been used. Talk about a sticky situation!

In our last haunted tale, we looked at a kitchen in one home – one of the rooms in the home that you spend the most time in – that had recently had a renovation. While everything looked great at first, something spooky seemed to be coming from above the gas stove hood. We opened the cover and discovered that the ventilation was a ghost! Instead of being properly ventilated outside, the hood simply pushed air into the cupboard above the stove. This certainly doesn’t help to keep the kitchen clean or remove fumes from the home!

These are just a few cautionary tales of some of the most frightening things that we’ve found during our inspections. Let us “exorcise” your home by scheduling a home inspection today. Call Accurate Home Inspections today at 403-826-6111 to request an appointment.